Learning About Music With Piano Friends 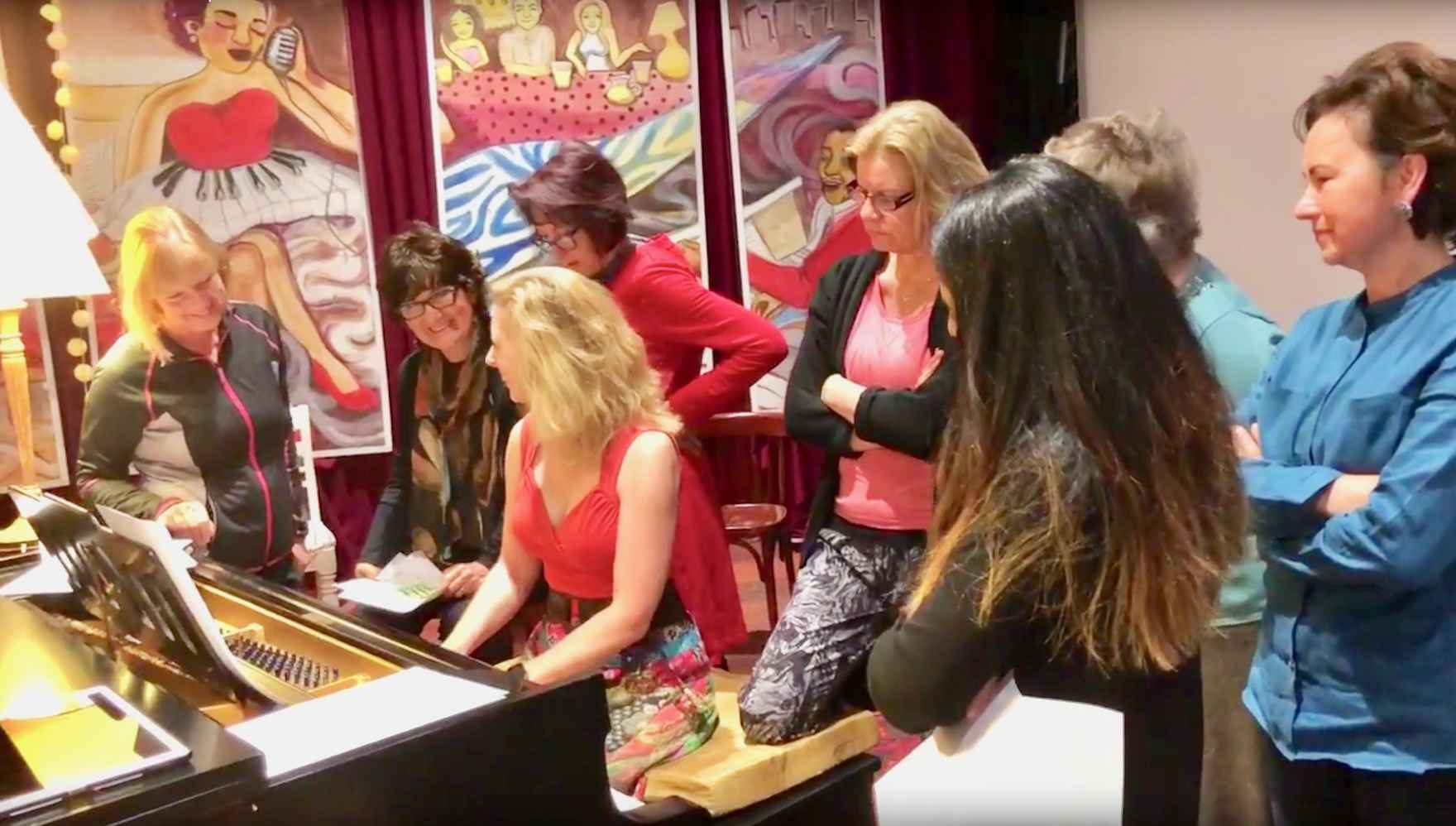 Anastasia Beasley joined PianoEasy and wrote up a short blog about having a little "PianoEasy Club"; sharing progress and mistakes, the support you receive, and the joy in learning to play together.

At the beginning of this winter an ad crossed my Instagram feed saying I could quickly and easily learn piano. I wanted to learn piano but I kept scrolling because I thought I didn't have the time or money. The same piano studio crossed my feed again a day later, this time with a video of someone playing a sweet, melancholy tune on the piano. The music was beautiful and clearly had an impact on me, because the third time I saw a PianoEasy ad on my phone I decided to check it out. I didn't expect that by the end of winter I would have learnt so much, not only about how to play music but about the role music plays in our lives.

I got a couple of friends together, and we started a little "PianoEasy Club". Learning with others is completely different to one-on-one tuition. PianoEasy encourages sharing the learning process as well as the music itself. It felt very special because you have the support and encouragement of the people you learn with.

It's not only the moral support that makes the PianoEasy community valuable. It's also the fact that music needs to be shared - it's a form of communication and self-expression so it's quite redundant when it's played in isolation. Playing and listening to music with others makes you feel connected and you gain a sense of belonging because even though your music sounds completely different to everyone else's, you still fit right in. Your piano club accepts you and appreciates your music with all its quirks and all its imperfections, and by hearing other people's unique sounds you can gain a greater appreciation for the diversity of the group.

I remember learning the chords to Hallelujah, because for most people it's quite a difficult song to sing, but it's so emotive that you can't resist belting it out anyway. To hear that song in the voices of about 7 people who aren't singers and who would usually be too self-conscious to try was a powerful thing. None of us thought we sounded good, and our voices didn't sound any better when we combined them, but the shared experience of singing together felt wonderful.

There's a real sense of belonging and acceptance when everyone is making mistakes together, or trying to sing together, or struggling with the same part of a song. When one person manages to make an improvement everyone else is inspired a little bit to do the same.

Although I don't know a lot about my PianoEasy Club mates in terms of details about their lives (where they work, who they live with etc), I feel that we all have a solid understanding of each other's personalities from learning piano together. It's the differences in our music tastes and learning styles that make the group interesting and special. We know we're all going to end up playing the piano a little differently from each other, so we can support and encourage each other rather than competing.

PianoEasy has been an incredibly valuable thing for me to discover because it's taught me so much about the importance of music and its connection to people, to communities, and to a certain type of togetherness that comes from sharing the learning process.