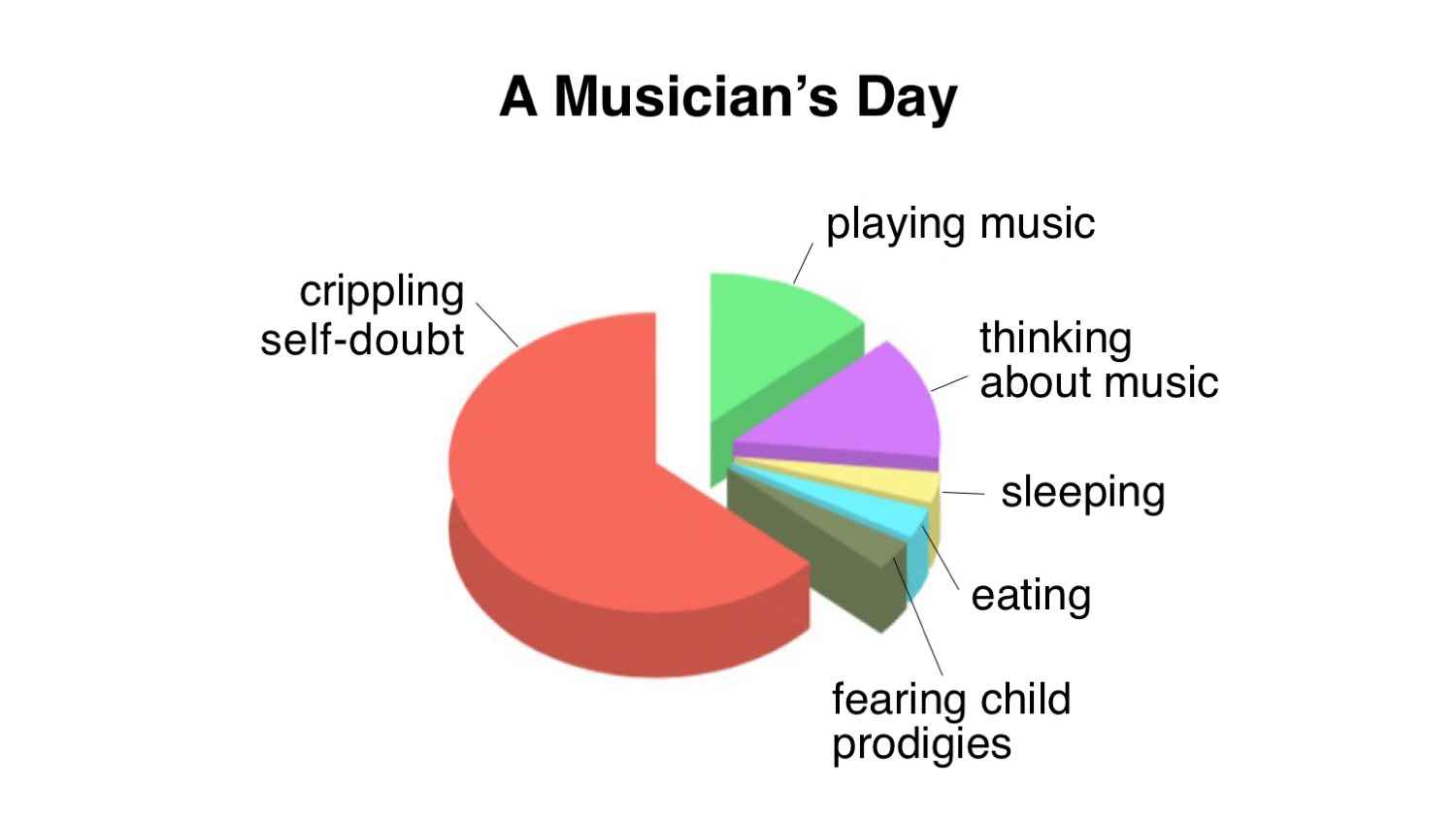 It’s a tragedy that nowadays people generally feel bad about their playing! It’s true! Most people who have had, sometimes years of piano lessons apologise and tell you they are not very good. Even performing musicians say they are scared of being found out for not being good enough. They often will tell you that they are just self-taught and can’t even read. Only a small percentage of our top players and some people who are blessed with a bit less of the “I care about what others think” trait feel good about their playing.

I have been at many piano teachers conferences and even there when a volunteer is asked for, nearly all piano teachers recoil in fear. When I ask around nearly all teachers confess that they suffer from the “imposter feeling” - that they aren't "real musicians". If piano teachers don’t even feel good about their playing, what chance do non-professionals have? And what if you’re another rung down the ladder; you’re just learning!

To make matters worse we are living in a fake music world.

You know how we don’t like social media because it’s not “real”. Images are doctored, only the best is presented, nobody posts photos of their credit card bills or videos of their petty arguments. Well, the music that we hear day in day out ALSO ISN’T REAL. None of it is being produced by people who have only just started learning. Pretty much all of it is produced by people who have been playing for at least 5 years and usually more. And then it is usually rehearsed, doctored, mixed, mastered, adjusted, layered etc. The average 3-minute song on the radio may have taken 48 hours of studio work.

Having a lifetime of hearing music our ability to hear mistakes though is honed to perfection. Throw in the mix the very healthy biological “fight or flight” adrenal bodily response when you start playing in a new situation, for instance with other people listening, and chances are close to 100% that you will walk away from a piano performance with a sense of disappointment. Weirdly enough with other people, we hear all the notes that they played well, but for ourselves, we hear what went wrong.

With PianoEasy we learn to be kind to ourselves and remember to compliment ourselves for what went well.

We remember to laugh at what went wrong, they way we laugh when a child mispronounces a word. It’s ridiculous to expect that you would play a piece to perfection unless you have had more than a few years of lessons, or you have performed often enough for your fight or flight mechanism to have stopped kicking in, or you totally fluked it! You couldn’t be in better company though, as usually the PianoEasy players who make the most mistakes get the biggest applause. And that is how it should be!