How Long Does It Take To "Speak Music"? 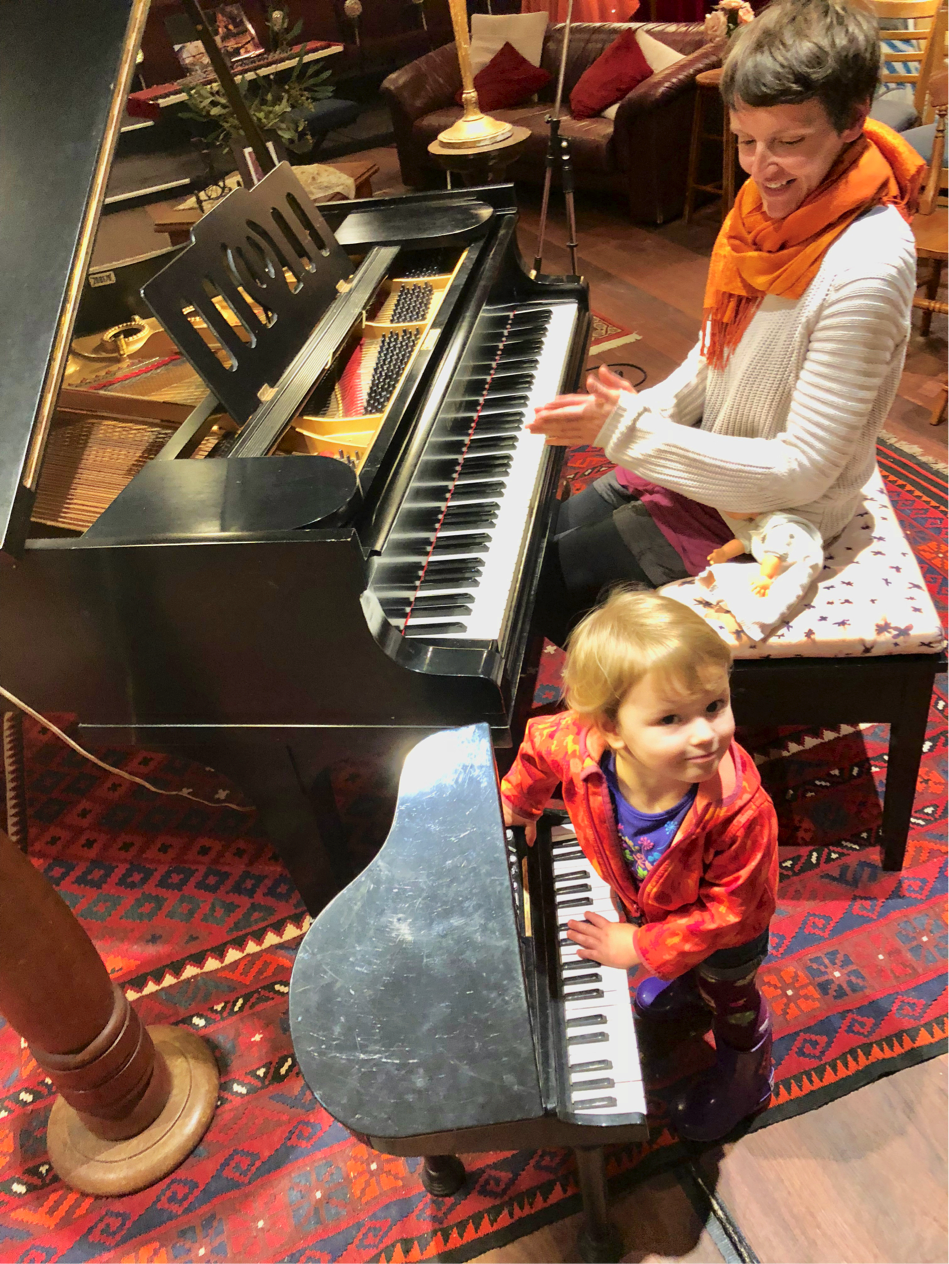 How did you get so good at speaking English? Duh? By speaking it! To start off you were immersed in language. Your parents said "hello little sweetheart", but you also heard your siblings fight and overheard adult conversations, or the news in the background. Well, with music, that bit, learning to recognise and understand, you have already passed with flying colours! You have been exposed to lots of styles and songs, you know exactly what you like and you can hear instantaneously if there is a mistake in a song. Well done!

So your next step is "making music". Just like toddlers start off making sounds, then stumble across words and then string sentences together in a clumsy but adorable way. That's where we are at! And trust, like how each of these toddlers grow into speaking, reading and writing and using language in a hundred different ways, you will become a fine piano player in your own unique way.

So how long does it take before you "speak music"?

Well, just like how you can say some cool stuff if you spend a few months learning Bahasa in Bali, in ten PianoEasy weeks you'll be able to play ten easy songs and amuse yourself using chords, and playing around a bit. But if you stop there, you'll forget it all again. A year of making music is much better. You'll have a respectable repertoire by then, you'll be able to do basic reading and writing, although you will still make lots of mistakes. This is like how people can pick in an instance that a language isn't your native tongue when you have only been in a foreign country for a year. You are still in the "cute and adorable stage".  It's often a time that is frustrating though, because you have learned enough to be making serious music, but not enough to sound fluent like a true blue musician yet.

Three years is much better. By then, you'll be able to tackle difficult stuff and you'll have really discovered what you like doing with music. Some people write lots of their own music by then, some people have learned all their favourite pop songs, some people tackle difficult classical pieces. Everyone else will think you're really good. You might just want to keep getting even better though, so ..... five years of PianoEasy lessons really gets you somewhere...

Actually, learning music is an ongoing journey. Just like a language is not something you learn and then stop using, you want to keep making music, honing your favourite pieces and styles and sharing with others. Music is there for the rest of your life!

·
By Anneka Pearton
·
Under Featured
3 min read
2 likes · Like

Hi Anneka, love your article and we have been playing and enjoying our "cute and adorable stage" way of piano music everyday!  Thomas' grandparents love hearing Thomas play and puts a smile on their faces. The power of music! See you soon! Thomas and Evelyn :)

I think Thomas' grandparents will love this playing: https://youtu.be/PQEbKlhf4Gs I did!